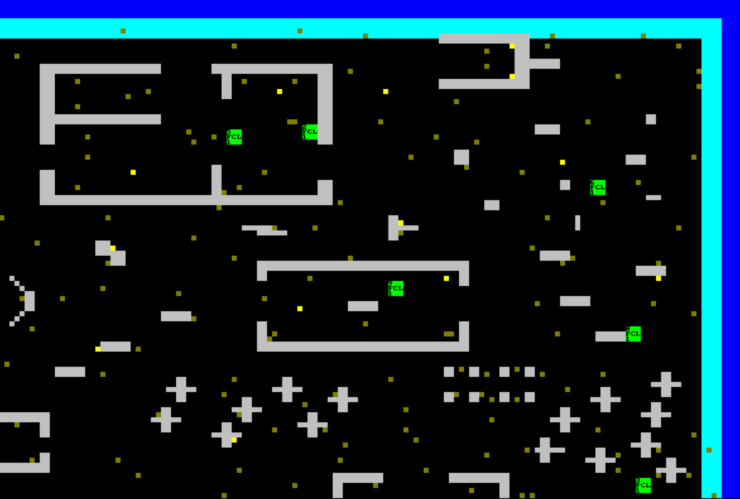 This thesis explores the effect of applying curriculum learning to agents trained with the deep reinforcement learning method Advantage Actor-Critic (A2C). Agents are trained in a game created for the thesis based on the battle royale genre. Agents in a battle royale game must be able to both navigate, explore, collect weapons, and eliminate opponents. The two tasks in focus are navigating and shooting. The thesis will explore how different architectures affect the performance of agents in a non-competitive environment. Furthermore, explore the effect of having one network for each task versus having one network handling both tasks. Additionally, the thesis explores the effect of having a 2D convolutional layer extracting features as the first input layer instead of a fully connected layer.

(To avoid artifacts please let the video run without skipping ahead)