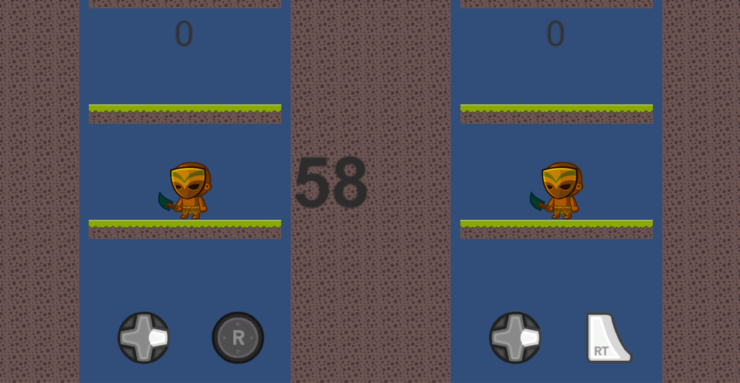 Aim for the top is a quick skirmish game where two players must compete over one controller in order to reach the highest level!

Frustrate your opponent by blocking his buttons, or run away with the controller! Anything goes, as long as no physical injuries ensue!

Requirements: 1 XBOX controller installed as the primary controller device on the machine.

I primarily worked on the multi-player setup and player movement and input. 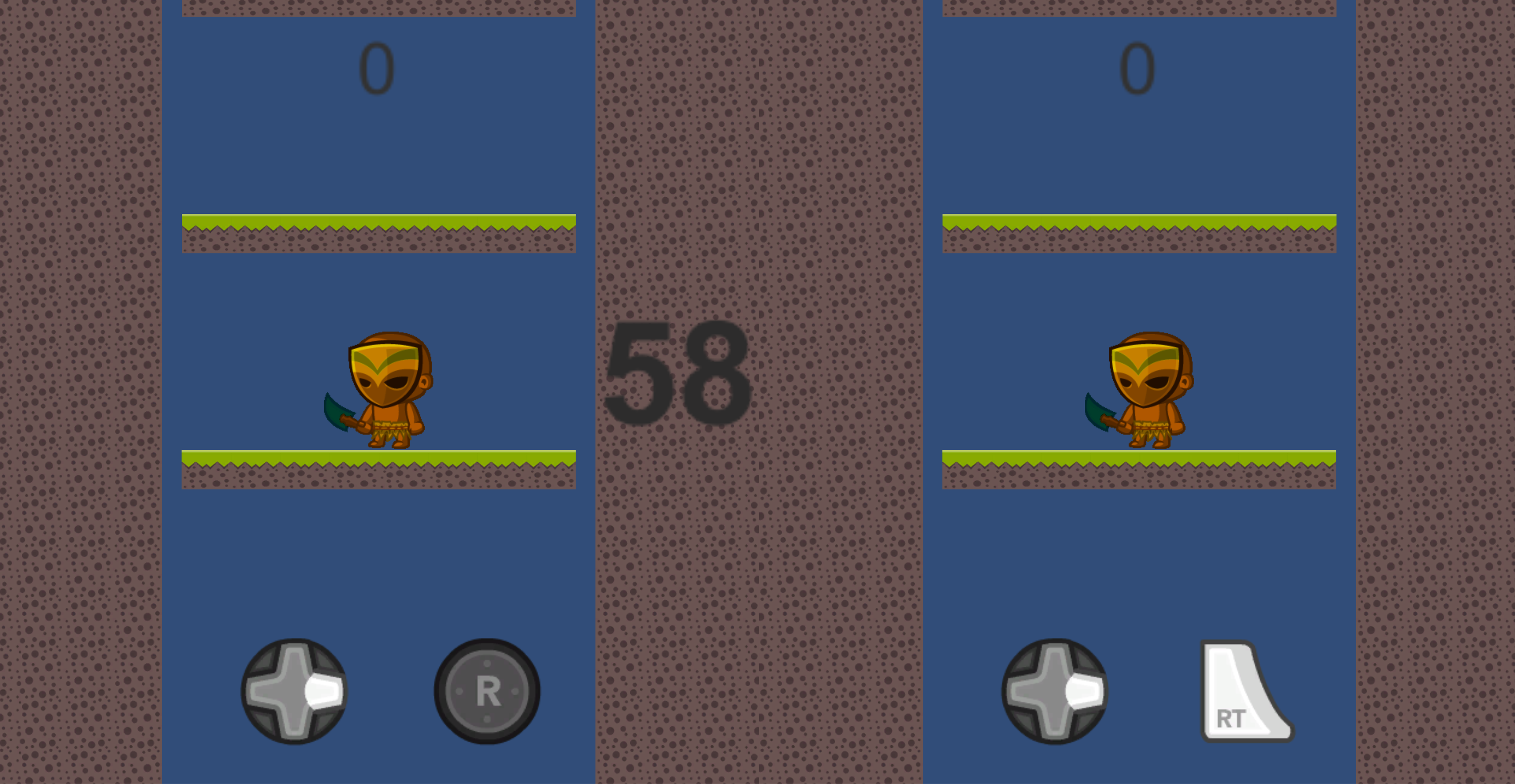 Aim for the Top! for Windows